Accepting The Now For What It Is

I’ve known for a while that I’m quite stubborn. I’ve always prided myself on being independent, paying my own way, doing my own thing, but my concept of independence changed completely once I became very ill. My parents had to look after me, and me being so ill, I didn’t really have a lot of say in the matter. I think looking back, when I became well enough to walk around and do small, everyday tasks, I was actually quite angry and sharp with my parents, because they’d fussed over me for so long and my independent self didn’t quite like that. But now, I’m grateful to my parents for dedicating themselves to my recovery in what must have been a worrying time for them.

Ahh, the power of hindsight. Even when I went into teaching and had to take occasional days off, I would spend days feeling really angry with myself, wondering what my colleagues would think of me and about the mountain of work that was probably building up. The last thing I thought about, ironically, was resting up, so I could get better and allow my body to recover. Even as I’m writing this, I  think about how strange these thoughts are. I’m not surprised that in most cases my worrying caused my illness to linger for longer than I would’ve liked.

This was when my interest in mind-body medicine began. As soon as I began to accept my situation (believe me, this took years!), and not wish it away, pretending it wasn’t happening, my perspective changed. I grew more patient with myself and began to feel grateful that my body was sensitive enough to let me know if I was pushing things too much, or if I could afford to use more energy. If you’re suffering from CFS though, you’ll know that this is a fine art. If I had a dollar for every time I thought I was ok and pushed on anyway, only causing myself more pain and fatigue, I’d be a very rich woman! It’s a bit of a vicious cycle, one which others rarely understand however much you try and explain, but if you stand back and accept the situation instead of fighting it, you might find yourself in a better situation, both physically and mentally. 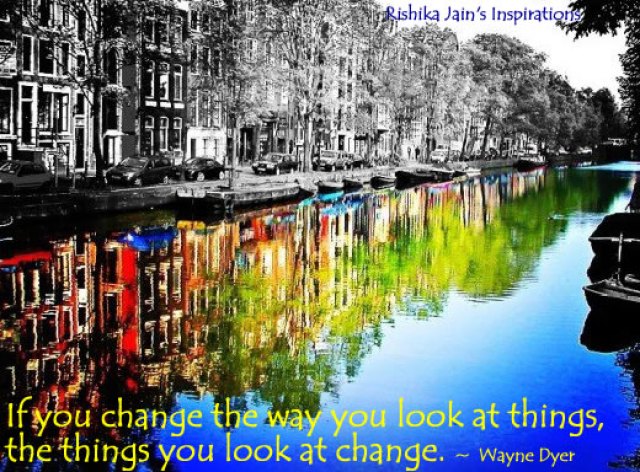 Make ‘acceptance of now’ your goal for the next 10 seconds, the next minute, the next hour, today and all your tomorrows….

3 Responses to “Accepting The Now For What It Is”