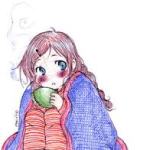 While reading Money, and the Law of Attraction: Learning to Attract Wealth, Health, and Happiness by Esther Hicks based on the teachings of Abraham about a year ago,  I suddenly had an amazing moment of realisation relating to my past and my history of illness. I was resisting my life situation so, so much that I completely attracted everything which I grumbled and moaned about on an infinite scale. I acted out of fear that I might get sick after my diagnosis, so I got sick. I was frightened in case I got ill, so I got ill. I relapsed, but not just once or twice. More times than I’d care to admit. 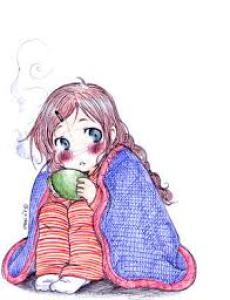 Being frightened of getting sick never, EVER happened to me before my diagnosis. On face value, it sounds so silly- why would you be scared to resist your natural state of being healthy? Your body knows what it’s doing- it’s incredibly intelligent. If you cut yourself, it heals; it you get dust around your nose, you sneeze and your body gets rid of the dust- it’s all in place. After my diagnosis however, I realised that many relapses were probably caused by this fear, and what I was thinking about, I was attracting. Often, I would be going to work, quite happily and feeling great, when I’d suddenly think, “This is going far too well- I’ll probably get sick soon”. Instead of ignoring this inner voice, I listened to it repeatedly, and what happened the day afterwards? Yep, you got it. If other people at work said they were feeling ill, I’d tune into it and take their feelings on as my own, only to wake up the next morning feeling horrendous.

What’s more I turned into a bit of a hypochondriac (not in a crazy way, just a little bit). My friends would constantly say how silly I was, and that it almost as if I wanted to be sick, because I was going on about it so much.

I now get this in the biggest way. The BIGGEST way. What was I doing?! It makes so much sense now.

This is not to say that CFS is all in your head or that you are bringing it on yourself deliberately- far from it. I know lots of people who go to doctors and counsellors with a diagnosis of CFS/M.E and are just told that it’s all in their head, and that they should snap out of it. It happened to me, and I don’t think I’ve ever been made to feel so small, insignificant and stupid in my whole life.

All I mean to say is that if we consciously or unconsciously tell our bodies we are sick, your body is not going to argue with you. You may feel a cold coming on or act in a way to which you normally wouldn’t because you think or believe that you are getting sick. But is it really true? I was always one of those ‘just in case’ people- I won’t go out to the cinema ‘just in case’ I’m tired for work tomorrow, I won’t do that ‘just in case’ it’s tiring and I don’t feel like talking to anyone.

Are you one of the ‘just in case’ people? If so, I hear you, but you know inherently, if you get really honest with yourself, that you are acting from a place of fear and not love. You know that instead of trusting your body to do its work, you are frightened it’ll let you down again (it’s let you down in a big way before, so why trust it now, right?) Are you unknowingly attracting sickness into your life?

You have to act from a place of love. Love your body, love where you are right now and love the fact that your body can heal itself. It might not be showing this to you right now, but you know it’s true. You’ve always known it to be true. Using fear instead of love might feel natural from where you are now, but these thoughts will encourage more of the same sorts of thoughts and that familiar ‘stuck’ feeling. What have you got lose, but to bring a little love and acceptance into your life?

“A continual searching for things wrong with your body will, in time, produce evidence of something wrong, not because it was lurking there all along and you finally probed long enough to find it, but because repeated thought eventually creates its equivalent” – Abraham Hicks, Money, and the Law of Attraction: Learning to Attract Wealth, Health, and Happiness 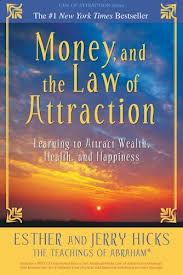 5 Responses to “Are You Unknowingly Attracting Sickness into Your Life? (I did!)”