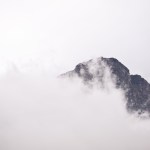 I’m currently in the first few weeks of the incredible Belinda Davidson‘s ‘School of the Modern Mystic’ and it’s every bit as groundbreaking as I thought it was going to be. As part of the course, we undertake a 3-day White Light Healing Retreat and set an intention before we begin. At the same time over 3 days, you receive around an hour of White Light healing and you’re encouraged to lay low and relax for those 3 days, away from any harsh situations or disruptive energies. We’re also encouraged to wear white to facilitate the process.

Even though I’m not sure as to the long-term effects of this retreat yet (although I’m sure there’ll be some sizeable shifts!), I decided to document my days here, both for me to remember and in the hope that they might influence you to try such a retreat yourself. 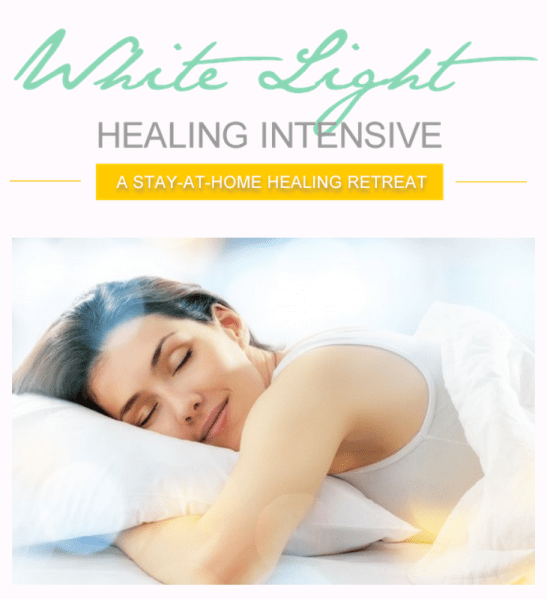 How Does White Light Work?

Ultimately, this is something we’re going to learn about later in the course, but it’s a gentle but powerful healing energy that can change negative situations to positive ones. The White Light ensures that your chakras are open and working optimally for you in both your internal and external life.

Belinda also offers free weekly healing sessions on Monday evenings, my experience of which can be read about here.

My intention was to be able to move forward and make the changes in my career that I’ve been craving for such a long time. I feel as though I’ve been living a double-life for a little while now, and I really needed help specifically in opening up my first and second chakras in order to make this transition bravely and fearlessly.

All of my healing sessions were set for 7am Sydney time, but I have to admit, I slept through the first session. We’ve been temporarily moving offices at work all week, and the energy around the building and the people who work there has been intense. Things have definitely shifted in amongst all of the stress of the building. Luckily I had this Friday off as the students had exams, but let myself sleep through the session. Rather than feeling guilty, I trusted that this was what my body truly needed and that the White Light would work its magic anyway.

When I woke up, I felt unbelievably calm. I felt like the sound of the ocean (if that makes sense?!) and that gorgeous wave-like feeling was flowing gently through my body and soul. I felt relaxed and a little groggy, but it was absolutely blissful.

I attempted to answer some emails in the morning, but as soon as I jumped on the internet, I just knew that the energy was going to be too much for me. I couldn’t stand to be around any kind of technology. I knew that I was being asked to rest totally and completely, and that I had the entire three days to hibernate, recalibrate and luxuriate. I shut the laptop lid and honestly didn’t think about the internet until going back to work on Monday.

As advised by Belinda, I decided to go for a walk in nature and stumbled upon a second-hand book fair, which we have in our area from time to time. I ended up walking away with 4 books and a DVD, all of which I’d looked at in the past, but I seem to have dismissed for various reasons. I suddenly appeared to be open to them now- something seemed to have subtly shifted. I went to bed feeling content and warm. 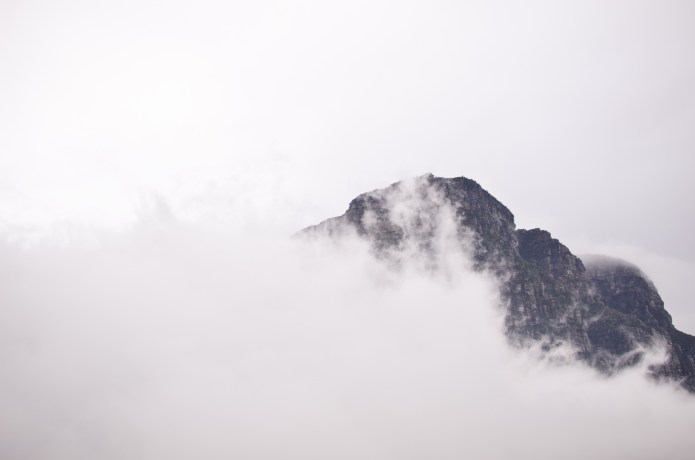 I was awake this morning for the second session of the retreat, and felt lots of sensations around my sacral and solar plexus chakra, but was still slightly sleepy as I’d just woken up. When I got out of bed I felt powerful, almost as if I had a suit of armour on and the heaviest part was around my stomach (hence the sensation in my solar plexus). I felt so motivated, fearless and energised that I had to resist the urge to jump out of bed before my session had finished to start working on my new e-book. This wasn’t a frenetic, all-over-place kind of energy though. It felt very natural and stable and I couldn’t believe how much of a shift I’d felt in one day. It was truly remarkable.

I also discovered in the space of an afternoon I’d finished one of the books I mentioned buying yesterday, ‘Feel The Fear and Do It Anyway’ by Susan Jeffers. For some reason, I read the introduction to this book a little while ago, but didn’t continue with it. Maybe I wasn’t really ready to do the work? I think devouring this book in such a short time was a clear indicator that the White Light had really shifted something in me.

Somehow, I also managed to get insanely creative in the form of not only working on, but finishing the draft of my new e-book and baking a load of muffins. Quite a few leaps in one day with not a lot of effort…

However, unexpectedly at about 6pm, something triggered off an incredible amount of rage and anger within me. I had absolutely no idea where it come from, but I was livid. I had to go for a 2 hour walk (well, it was more of a stomp!) to calm myself down and when I came back I felt a lot better. As some of you know if you’ve read this article, my poor liver has taken a bit of a beating over the years, due to all of the unexpressed (and unconscious) anger I’d be harbouring over the years, but for some reason, I just could not hold it back this evening. There were tears, staring at the sky for probably longer than I should have done and feeling as though my solar plexus was on fire. Instead of feeling incredibly conscious that people were looking at me, I genuinely couldn’t have cared less. I wasn’t embarrassed at all. Instead of feeling worried however, I knew that I had something to release and I was willing to do whatever it took to free this energy.

As a result of the second day being so interesting, I truly couldn’t wait to find out what was in store for the third and final day.

I woke up on Sunday feeling a lot calmer, and although I’m usually quite focused on the present, I seemed to be more focused than usual. The beginning of this final session felt absolutely glorious and I could see the chakra colours flashing before my eyes before settling on the white light. Rather than be shocked or surprised by this, this was almost exciting and thrilling, a glorious confirmation of the changes that I knew had shifted within me.

Just afterwards, I got the distinct impression that I needed to change my vision board in some way, as what I had planned at the beginning of the year didn’t seem as relevant as it once was. I also felt a huge desire to create some kind of sacred space, so I could really focus in on my meditation and intentions. I pulled an oracle card, and as I thought it might, this card jumped out the pack: 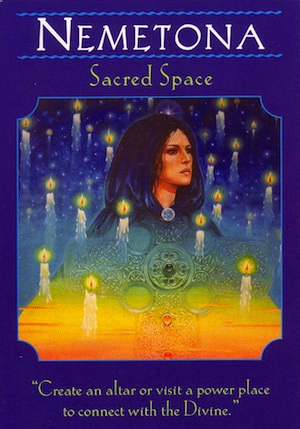 For the rest of the day, I felt like I’d just come back from a long holiday on the beach. I felt totally relaxed, but also completely assured and strong in myself. This feeling was actually quite foreign to me for the first few hours of the day, but I got used to it after a little while. My intuition told me that a few things had been cleared and it was now my chance to grab the opportunities that would no doubt come as a result of this healing retreat. Even though I had been retreating and really looking after myself I had also managed to complete a draft of my next book, and I intuitively know now that it is possible to have that beautiful power and peace coming from the same energy source.

How I Felt On Day Four

If I’m completely honest, I really didn’t want to go to work this morning (Monday). This wasn’t in a ‘can’t be bothered’ sort of way- it was more to do with the fact that my thinking seemed to have changed so significantly that it no longer felt natural. I remember being on the bus and feeling how foreign it was and teaching seemed to have a different, more free-flowing energy to it today. I also didn’t seem to take on other people’s problems as much as I normally do (spot the empath!) and I was running home from work to enjoy doing the work I love to do.

In the long-term, I absolutely cannot wait to see how this all plays out. I’ll definitely be reporting back over the next few weeks, as I’ve no doubt that major shifts are occurring. Many people have spoken about how talented and amazing Belinda is, and this White Light Retreat has shown me just how powerful this energy is. Thank you so much Belinda and all of the other Modern Mystics- I’d love to hear your stories below!

P.S. In the name of full disclosure, I’m honoured to be affiliated with Belinda’s meditation.