CFS (Chronic Fatigue Syndrome) and Fibromyalgia always seem to stand together under the same umbrella. There was a point during my recover when I thought that my CFS might have moved into Fibromyalgia, but after having investigated, I knew this probably wasn’t the case. 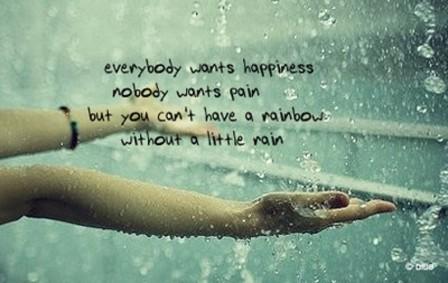 So, what is the major difference between CFS and Fibromyalgia?

Now, it’s definitely not as cut and dry as this (as you all probably know!), but this is key to your diagnosis. Which symptom is worse for you- the tiredness or the muscle pains? When I say ‘some fatigue’ or ‘some muscle pain’, there is a huge spectrum within that. I used to get terrible muscle pains in the morning when I woke up, but as I was recovering these would ease off until later on in the evening. If you have Fibromyalgia, you might find that, while you’re able to feel more-or-less awake or function to some extent, the muscle pains you experience interfere with your everyday life and activities.

So, what are the cross-over symptoms?

Some symptoms of both illnesses include:

Are there any differences in symptoms?

Many medical professionals cite sore throats, swollen glands and a low-grade fever as only being linked to CFS/ME rather than Fibromyalgia, but of course, each individual case must be taken uniquely on its own terms. I’m sure many people with Fibromyalgia have suffered with these symptoms as well!

Some experts have argued that there are significant differences in the way in which each illness is actually triggered. CFS/ME is said to be brought about after a flu-like virus or illness, giving people with CFS a significantly suppressed immune system, where as Fibromyalgia is said to be caused be some kind of physical or emotional trauma. For me, I think it was combination of lots of things, and again, it might not be as cut and dry as this.

So, what can we take from all of this?

There are some sufferers who really stick to their ‘label’ and read up everything they can about it. Some people might prefer to investigate all the options around related illnesses and go from there. Wherever you are, even though the names and symptoms of the illnesses might help in some way, only you can really know how you are feeling and the severity of your symptoms. Even though I knew I was diagnosed with ME, I tried not to pull myself into this name- not only because I wanted to take the opportunity the learn about and listen to my body, but also because I didn’t want to be the ill person boxed in by this term. I didn’t want to define myself by my illness, because I knew, as soon as I didn’t that I’d forget about the real me and I’d let it take over my life. Honestly, there were times when it became unbearable, and I very nearly did let it take over, but I knew I was worth more than that. As are you.

Only you can know what is best for you. If you want to follow everything written about your illness, then go for it. If you want to find something alternative and holistic, go for it. You need to have the courage to follow whatever works for you and to act on the messages your body and spirit are giving you. They are unique to you and you can’t compare your healing with anyone else’s.

I’d love to hear from you below- have you experienced any crossovers with symptoms? Do you have both CFS and Fibromyalgia Do you find definitions and symptom lists helpful, or not so much?! Let me know in the comments below!

Love and faith in your own healing,

10 Responses to “What is the Difference Between CFS and Fibromyalgia?”