I’ve been asked a lot about the difference between CFS and ME recently, so I thought I’d write a short post about it.

When I was diagnosed, I was diagnosed with M.E (Myalgic Encephalomyelitis) and I was incredibly sick. Over the years however, the term CFS (Chronic Fatigue Syndrome) has come to replace the term M.E- it’s easier to say for one thing! 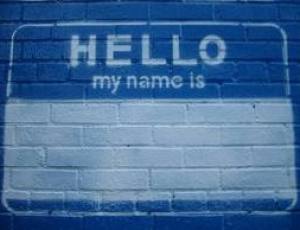 What’s in a name?

I have to say that I’ve always referred to it as M.E., but recently, CFS has come to be an umbrella term for many different illnesses of the same variety- Post Viral Fatigue and Chronic Fatigue Immune Dysfunction Syndrome (CFIDS), to name just a few. The problem with this is that it only touches on the fatigue and none of the other associated M.E. symptoms, and this really annoys the life out of me. It is from this that the term CFS then comes to symbolise someone who is just a little bit exhausted, rather than severely disabled due to fatigue. (Cue- “yes, I’m tired as well” responses from others!)

For the purposes of this website, ME and CFS are seen as the same condition. This does not mean I agree with the term CFS, but it’s a lot easier to reach people if I group both terms together and I believe that the things I speak about on my blog can apply to people in all stages of fatigue. I was one of the severely affected people with M.E.- it seriously affected my life and I was chronically and seriously ill for a long time.

Does it depend on what country you’re in?

In the UK, M.E is always, always referred to as M.E. In Australia however, I’ve hardly heard the term since being here and CFS is used the majority of the time. In America, I’ve heard both CFS and CFIDS, so to a certain extent, the term you’re using might be stem from the country you’re  based in.

Why should I care?

In theory, as long as you can own your symptoms and you can tell others about your symptoms as needed, the term you use shouldn’t really matter and is completely up to you. I have to say though, if I tell people I used to have M.E, they react in a very different way to if I say I had Chronic Fatigue Syndrome. M.E sounds more severe, and many people who differentiate ME and CFS believe that M.E is more severe, whereas CFS can be healed in a matter of days or weeks.

If using the term CFS instead of M.E brings more awareness to what people are going through then great, but the last thing we want to happen is for people to not fully understand the severity of all of our symptoms because of the umbrella nature of ‘CFS’ (and because it’s easier to say!)

I’d love to hear from you- have you struggled to understand the difference between M.E and CFS? What do you call your illness?

12 Responses to “What is the Difference between CFS and ME?”