As many of you know from my Facebook page, I decided a few weeks ago to try going Gluten Free. There wasn’t any particular motivation around this aside from the fact that a friend encouraged me to try it for a week just to see what happened, as she’s been gluten-free for a while. I thought it’d also be great to encourage me to think a bit more creatively about meals and to be more mindful about my food. If you’ve been following my newsletter as well, you’ll know that I felt so great after week one, that I decided to keep on going with it! 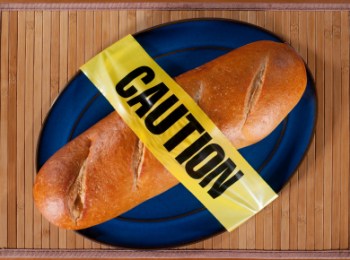 Many of you have probably heard or read things about gluten, and “Does Gluten Free Help CFS?” is one the questions I get asked on a regular basis? It seems as though in every article I’ve written recently (such as this one for MindBodyGreen), someone mentions the link between CFS and gluten. I must admit, I hadn’t really looked into it too much while I was ill, and many of you might be wondering why I’m bothering to write this in the first place if I’m completely healed, right?! Well, sometimes, it’s good just to mix things up a bit. I do sometimes experience digestive issues, especially when stressed, so I thought going gluten-free would be a good way to monitor my digestive system and general wellbeing.

What the hell is gluten?

Gluten is the substance found in cereal grains that basically makes bread doughy and elastic-y- the gluten is the protein part of the grain. Although gluten can very sneakily be found hiding in many unsuspecting things (seriously, this article is scary!), wheat (also in the form of rye, barley,bulgar, spelt and durum – pasta!) is probably the main culprit. It’s incredibly surprising if you actually look at labels to see how much gluten or gluten-containing things are hidden in things we eat- seriously, after a few weeks of cooking gluten-free, you’ll know exactly what I’m talking about! Things like chocolate, soy sauce and even vitamin pills seem to be riddled with the stuff.

What are the symptoms?

Funnily enough, many of them seem to be exactly the same as those that CFS/Fibro sufferers get! (Lovely!) Often, there might be more skin rashes or digestive issues if you have gluten troubles, but this is why it’s so hard to recognise. Click here for more information on symptoms and complications.

What does the research say?

As it stands (as with so many things in the CFS/Fibro arena), the small amount of research done suggests that there isn’t any clear overlap between celiac disease – the autoimmune disorder caused by gluten- and CFS/Fibromyaglia. Some people have claimed that cutting out gluten alone was enough to get rid of their symptoms completely, whereas some people say it really didn’t make that much difference to them. However, only 1% of the population have an incredibly severe reaction to gluten, so you can probably breath easy.

The gluten thing on further research is all a bit complicated. Lots of people have food sensitivities which come with their own host of symptoms or which can make CFS/Fibro symptoms worse. Some people might even have been misdiagnosed as having CFS when they actually have a severe gluten intolerance. 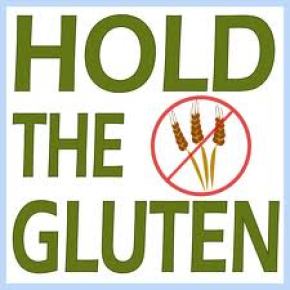 So, what can I do about it?

If you’re not sure whether you’re intolerant to gluten or whether it’s worth investigating further with your doctor, keep a food diary for about 3 weeks. Do you notice your symptoms flair up the morning after you’ve had pasta for your evening meal? Do you feel incredibly sleepy and dozy after eating bread? Do you have digestive issues or discomfort after eating gluten? (If you have IBS, then it’s possible than gluten might makes things a little worse for example. Also, consider whether or not your IBS is a possible gluten sensitivity.) Write it all down and play around with things a little bit. If you can see a clear pattern, maybe it’s worth requesting an allergy test from your doctor. Unfortunately, if you’re severely gluten-intolerant, you can’t just do it 95% of the time- it’s an all or nothing job, as your symptoms will return and you’ll feel ill again.

What can I eat if I’m going gluten-free?

There are actually a few options, but triple-check the labels on things! Anything with flour in it, such as cakes, sauces and dough/pastry bases, also contain gluten. As I mentioned in this article, things like quinoa are supposed to be gluten-free, but aren’t as squeaky clean as most people first thought! (Boo!) Also, I found that some of the gluten-free substitutes just tasted absolutely awful. I found going to health food shops to buy gluten free bread and pasta a lot better in terms of taste and nutrients. You can eat:

However, always make sure you look on the labels of things if they say ‘gluten-free’. Gluten-free is a huge health craze at the moment, and even though the products might be free from gluten, there are sometimes lots of nasty chemicals and additives thrown in instead!

The Results of my Gluten-Free Experiment

After about 2-3 days, I didn’t feel as bloated as I sometimes used to and my stomach felt a lot calmer, like it didn’t have a huge stone in it. I didn’t have many stomach upsets, but I once accidentally ate a wrap made from wheat, and I really felt the difference afterwards! Going GF makes my stomach feel a lot lighter and even though I’m not gluten-intolerant, I definitely think cutting back on gluten is going to benefit me. So…I’m sticking with it!

So, over to you! Have you heard the reports about CFS/Fibromyalgia and gluten? Have you tried going gluten-free yourself? I’d love to hear from you in the comments below!