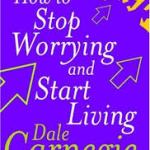 I used to be absolutely woeful at resting. I struggled with it on a day-to-day basis. When I was a High School Teacher, my colleagues used to come in and say, “Oh hey, did you watch that programme on [……] last night?” Erm…no, no I didn’t. I’m stressed to bits over here and running around like a lunatic. When did you have an hour to watch that and still come into work this morning in one piece?! I used to be in absolute awe of people who took time out for themselves, especially during the week. How could they do that without feeling guilty? Did they have all their lessons prepped for the day after? How how how?!…and why couldn’t I join their gang?

It wasn’t long after that that I had one of those ‘the book fell off the shelf’ moments. I was a bit hesitant about reading How To Stop Worrying and Start Living by Dale Carnegie, because admitting that I was a huge worrywart carried a huge dollop of shame with it. But it was one of the most influential books I’ve ever read and I highlighted my copy like mad. I’ve even got some of the quotes from the book saved in my phone to act as constant reminders of the lessons held in that book. Even though the book was written in 1948 (yep!), the lessons and advice in this book could not be more relevant or impactful in our world today. 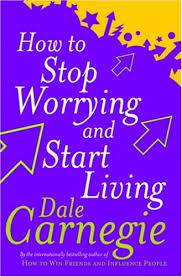 The main reason I come back to this book again and again however is because of this one nugget of pure gold advice that I know will help not just people with CFS, but those looking to have more energy, better health and less worry in their lives:

“So, to prevent fatigue and worry, the first rule is: Rest often. Rest before you get tired.” – Dale Carnegie, How To Stop Worrying and Start Living

Is it really that simple?!

Rest before you get tired! My one essential tip for CFS recovery. That’s what my colleagues and friends had known about all along! I couldn’t believe how simple it was. They didn’t feel guilty for resting after a hard day’s work and letting their body recuperate. They knew how to keep their energy bank account full, so they could perform well at work and not feel completely rung out at the end of the day, as I always did. Sometimes we feel that we have to be constantly on the go to feel important, to keep up with the Joneses, to show that we’ve got things under control, to feel busy, but what are we really trying to prove here? Are we trying to prove ourselves to others, or prove ourselves to ourselves?

Carnegie believed that if we reduced fatigue, we reduced worry. He says it is nearly impossible to feel totally relaxed and worried at the same time, and if you look into this a little bit, you’ll see that he’s absolutely right. Being completely relaxed keeps us in the moment and makes us feel safe that whatever happens, we’ll be able to deal with it whenever and if we ever need to.

Carnegie stresses that we can’t just relax a little bit, we have to totally relax (easier said than done, I know!) Different people also have different ideas of relaxation- I used to be one of those people who couldn’t watch a TV programme without also being on the computer or doing something else at the same time. I thought because I was vaguely watching TV that I was relaxing, but the relaxation comes in engaging completely with your downtime. For many years, I couldn’t do this- cue relapses, anxiety and just not feeling good enough.

Need further proof that this works?

It turns out that some of the world’s most famous brains and organisations have known about and acted on this theory for years.

And, how about the coolest example?

“Your heart pumps enough blood through your body every day to fill a railway tank car. It exerts enough energy every twenty-four hours to shovel twenty tons of coal onto a platform three feet high. It does this incredible amount of work for fifty, seventy, or maybe ninety years. How can it stand it? Dr. Walter B. Cannon, of the Harvard Medical School, explained it. He said “Most people have the idea that the heart is working all the time. As a matter of fact, there is a definite rest period after each contraction. When beating at a moderate rate of seventy pulses per minute, the heart is actually working only nine hours out of the twenty-four. In the aggregate its rest periods total a full fifteen hours per day.” (quoted with gratitude from en*theos) 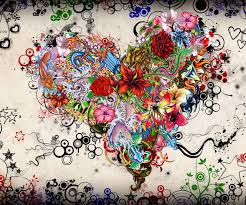 You have to give yourself permission to rest before you get tired, to fill up your energy bank account and to be completely selfish in taking time out for yourself. Even your body intrinsically takes breaks as part of it’s natural cycle and work during the day, so why can’t we allow ourselves to do the same? Don’t feel that because CFS is a ‘long-haul’ illness that you don’t deserve to take real time out. If anything you need to take more time out, because your body has given you the biggest signal it can that perhaps in the past you weren’t doing this properly.

Take this opportunity and really prioritise yourself. T his might not happen overnight, but it’s like a muscle and grows stronger the more you implement it into your life. Let me know how you get on in the comments below.

7 Responses to “The One Essential Tip for CFS Recovery”