As many of you have read in my recovery story, my life as the typical Type-A personality career girl I was destined to be turned out to be completely different from anything I could every imagine. … I just need to stop and pause for a while after writing this- the difference between who I am now and who I was then is just so staggering. Wow. 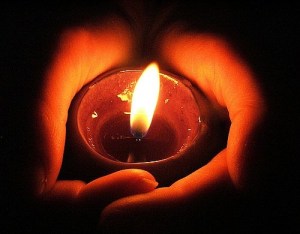 Having spoken to some of you on a one-to-one basis and having experienced all this myself, many of you are probably wondering how to move on from the past and how to cope with losing who you once were. Your body and mind want to hang on to what they know is safe- they want you to stay small, keep you in a bubble and protect you from more pain, and to be honest, when you’re feeling so vulnerable, feeling protected and secure is often what you instinctively want to do. You know what happened in the past, and you managed to get through it, so it’s comforting just to think about it some more. I know why it’s so difficult- in all honesty, you don’t really want to let go. There’s a vain glimmer of hope somewhere at the back of your mind that if you just keep thinking about what life was like before that you’ll somehow be able to relive it. That the sights, smells, colours and natural physical vitality you once felt come flooding back to you almost as quickly as you became sick, and you’ll wake up from this horrible nightmare that’s swallowed you and your life.

My first realisation that I have to grieve some parts of my life wasn’t when I went to hospital, or was clawing along the walls trying to make it to the bathroom as you might think- it was when I came home just before Christmas and I had to deal with my school friends. We’d all just gone our separate ways to start University and the inevitable ‘I haven’t seen you for 3 months- isn’t Uni amazing?!’ pub meet-up had been in the calendar for months. My friends got in touch with me, not knowing I’d been ill, to arrange this night out. Thinking I just had the flu, they kept ringing me over the next few days. The calls then became sporadic ‘what’s the point, you’re probably not coming anyway’ texts…and then they just stopped altogether. Forever…

I was hurt, I mean really hurt. It wouldn’t have killed them to come and see me- I mean, it wasn’t like I was going anywhere, right? This really upset me for a few days, but one day, after I had no more tears left, I just melted into acceptance. How could they even begin to know what was going on with me? How could I even entertain having them in my life when I’m so ill? It’s not their fault- they did try to involve me. This had to be someone’s way of letting me know that I just need to be alone for a while.

Losing my friends and ‘grieving this loss’ however was just the first thing I had to let go of and forgive myself and the circumstances for. I came to grieve the loss of my freshers year at Uni, the loss of my physical strength and enjoyment of exercising, the loss of my thoughts which were seemingly always being carried away by someone else (they can’t have been thoughts that belonged to me.) I had to mourn the loss of my dream career, the loss of my independence, the loss of choice, fun and spontaneity, and more importantly, the loss of life.

I went through a period of being beyond angry- I just could not accept that things were going to be this way. I had to ‘wake-up’ from this soon, surely? I was angry with my parents, when all they’d done was care for me and made sure I was ok. I was angry with my friends for having abandoned me and for living out their Uni years in the way that I should’ve been.

I was angry with this stupid, stupid illness, but most of all, I was cripplingly angry with myself.

How to Accept Changes

Forgiveness became a vital part of my acceptance process- I have done a lot of forgiveness work, and I mean, a lot. It doesn’t have to be hard or dark or emotionally fraught. For me in fact, I always felt incredible lightness and clarity after doing it. It’s not the type of thing that can just be done or said once (there’s a lot of emotion to wade through), but it gets easier. You don’t feel as though you’re carrying so much anger around in your body, you might notice that you get in an extra half an hour of sleep than you normally would or just feel ‘different’.

After this comes the acceptance part. Oooooh boy. This is not easy, especially when every instinct in your body tells you that all you have to do is get on with things and you’ll snap out of it any day now. You want to get more medication, do more exercise and get on with your 9-5 careers- anything to show your body who’s in charge and that you’re really not that sick, honestly. But the truth is, as you probably know already, that this is the fastest way to relapse I know and shows that you’re really not listening to your body. 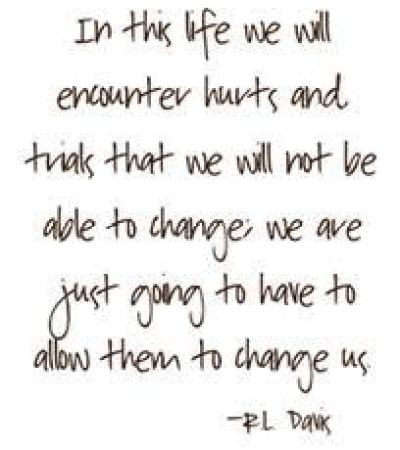 So, how can you move through all this?

Go easy on yourself. Write one of these. Do this. And this. Have fun. Love being in bed- you certainly won’t be able to do this as much when you’re healed and running around like a lunatic. Make friends with your illness- understand it and be kind to it. Be completely indulgent and go gaga for self-love.

Please know that for every little thing you have to lose, get angry with, forgive, accept and move on from, that there is something else bigger, more beautiful and more dazzling waiting for us at the other end. It cannot be any other way. For every tear, there’s a smile just waiting. For every heartache, there’s something just around the corner that’ll make your heart burst with joy. For every missed opportunity, there’s another one with your name engraved onto it in huge gold letters. For every ying, there’s a yang- this is how our world is balanced and maintained.

Think about how flippin’ great it’s all going to be. It doesn’t have to be great right now, but trust that one day it will be, and more than you could ever possibly know. More than I could ever possibly put into words or convey to you. There’s just love and it’s all for you.

Turn your loss into your greatest teacher and your heartache into outrageous courage.