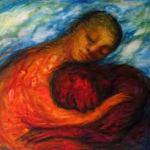 “Forgiveness is the fragrance that the violet sheds on the heel that has crushed it.”- Mark Twain 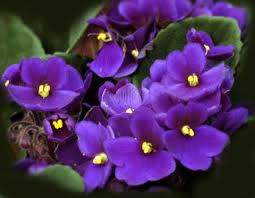 If you read and follow blogs which are similar to mine or if you read spiritual books or texts, you will know that ‘forgiveness’ is a bit of a buzz-word right now. Some people might think they understand forgiveness, but when I really thought about it and took it on for myself, I think my healing sped up dramatically and made me look at things in a different way after practising forgiveness. ‘Forgiveness’ definitely deserves its buzz-word identity, but it often incredibly difficult to know exactly how to forgive.

How many times has somebody you know held a grudge against someone for a really stupid reason? “She didn’t bring me a present when we had our housewarming party”, “He said he’d take my son to football, but he never offered to”, “She told me she’d phone me, but she forgot”. Little resentments like this build up over time. When they happen they can be seemingly inconsequential- you can brush them off and put it down to them having a busy day. When you find yourself feeling irritated by the person however, recognise this feeling and know that it is hindering you moving forward, creating hidden negativity, but it is more importantly a huge energy zapper.

When I was first diagnosed, I lost touch with a lot of my friends- partly because I was too tired to make the effort, but mostly because I was embarrassed and didn’t know how to explain things to them. I then started thinking things like, “If she’d ever been real friend, she would’ve phoned me” and “He didn’t even get in touch when he came home from Uni- he must have known I wanted to him to visit me”. Resentment then built up and I felt completely alone, like all the friendships and years I’d had with them meant absolutely nothing.

After I’d let them go however and moved on with my life, I knew that I had to clear any negative thoughts about them and with it, any malice or resentment I was feeling. How were they to know how ill I was if I hadn’t told them? How were they to really understand what was going on when even I didn’t know?

Forgiveness was my opportunity to release the past, bless my family and friends and move on. More importantly, it was a chance to forgive myself, for being so selfish and thinking of my own needs all the time, for feeling jealous and resenting my friends and, more importantly, for being ill.

Your illness is NOT your creation or your fault. You can forgive all the people who’ve ever wronged you constantly for the rest of your life, but if you can’t forgive yourself, you can’t move on or heal.

Once I’d forgiven myself for thinking negatively and for feeling bitter towards my family and friends, my healing rapidly sped up…and I mean, rapidly. I gave myself a week to really work on myself. A week of meditating, writing down the names of anyone who’d ever done anything wrong or negative towards me but not examining the ‘whys’, a week of blessing these people, thanking them for the lessons I’d learned from them, forgiving them out loud and moving on. After a week, I felt lighter and freer, and almost saw the world for the first time all over again.

The one thing I learned in all of this though, is that self-forgiveness is incredibly healing. It is also very humbling and will make you feel utterly vulnerable, uncomfortable and completely out of your comfort zone. REmember that this is all part of the process though. Don’t just forgive people as a fly-away comment- you have to really mean it and live it. Feel the parts of you where resentment is hiding. Talk to it, thank it and let it go. It isn’t going to serve your healing or your future life- it’s time to love it and leave it. Feel the weight lift from you and pause for a while to embrace this new you. The ‘you’ you knew was there, but always seemed to be in hiding, the ‘you’ before your illness. 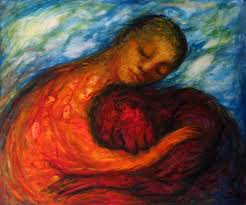 Love the ‘old’ new, love the ‘new’ you. Cherish your family and friends, and all that you’ve learned from them.

6 Responses to “How To Forgive and Speed Up Your Healing”