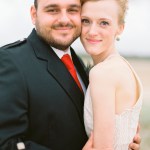 After receiving an email asking for relationships and CFS advice from one of my lovely readers, Carmen, I knew I had to write a little article for you all about this. It turns out that I actually had quite a lot to say on the topic(!), so this will be a two-part blog post (the second part will appear tomorrow night).

I really hope we can get a discussion going, so please share your experiences in the comments below. I’m also thinking of doing a bit of a Q&A follow-up at a later date.

A Little Bit About ‘Us’…

This is my husband, Frazer. We got married in January this year, just the two of us up in Noosa, Queensland and we had an incredible day. I was smiling so much my face ached for days afterwards. 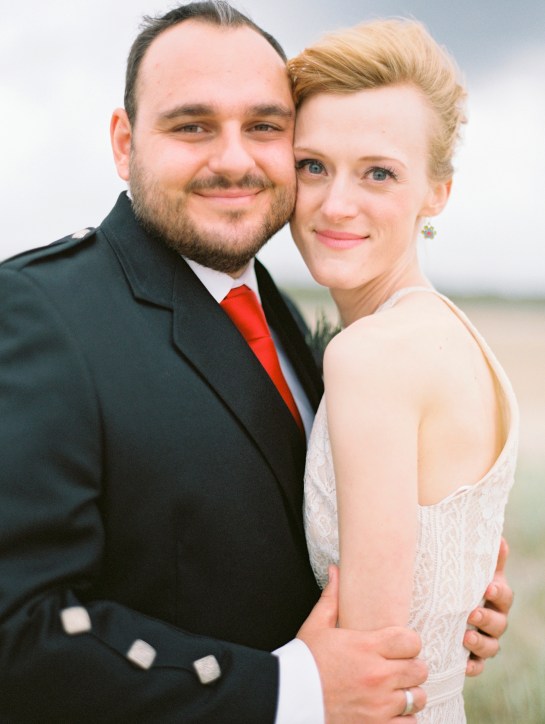 When I met Frazer, I was in my 4th year of University in the middle of 10 (yep, count them!) final exams and it was an incredibly stressful time. My friend had been in the pub all afternoon and was screaming at me down the phone to come and join her at a party around the corner (a ‘revision break’, as she put it.)

The first person I saw was Frazer and something happened in that moment. To cut a very long (but kind of cute!) story short, a party I didn’t want to be at became a party I didn’t want to leave. In an effort to keep myself sane during my finals, I was determined to act cool, saying that I ‘didn’t have time’ for a relationship, but I couldn’t do it. It was beyond me.

One year of commuting by train every weekend, nearly 3 years in London, a move to Australia and lots of travelling in between and it’s safe to say we’ve experienced a lot together.

I’m incredibly lucky that I was functioning at about 80% when I met Frazer (I actually went below 80% a bit later on, but we’ll come to that soon!). I was able to go out on dates, go to parties and complete all of my University exams. Looking back on it, it was all a bit of a whirlwind- I was constantly worried that I’d wake up one morning and feel those all-too-familiar aches and pains and would have to just go back to square one. But I’m pleased to say that didn’t happen.

It wasn’t all plain sailing though…

After our move to London, we were both excited to live in such a vibrant place and start our first jobs after graduating. We were finally adults! However, as many of you will know, graduate jobs can often be tough- long hours and little pay meant that London wasn’t as kind to us as we would have liked it to be. In my job especially (as a high school teacher), we still had a ‘newly qualified’ year to get through, and there were lots of standards and boxes to be ticked.

About 6 weeks into the job, I spent my first half term holiday in bed, experiencing my first relapse in about a year. So close and yet so far. To be honest, I hadn’t really been doing that well for a while, but just put it down to the exhaustion of teaching. Thinking it was some kind of freak flu, I brushed it to one side and went back to school, only to relapse in a big way a few months later. I was off school for 3 months and if I’m honest, I felt more than a little pathetic.

However, this was the first time that Frazer had seen me like this. He knew I’d been quite ill, but didn’t really know what it was all about. How long was I going to be like this? I looked ok, so why couldn’t I get out of bed or go to work? Honestly, I was absolutely convinced during this time that we were going to split up. In hindsight, my ego had told me that I was never going to get better and that he was going to find someone else. The thing with Frazer though is that he never gives up- he never gives up trying to find a solution or a better idea that can help someone or make something better. He knew that even though I wasn’t always truly listening to his ideas or advice (because my stubborn side got in the way), I would get myself out of this somehow. 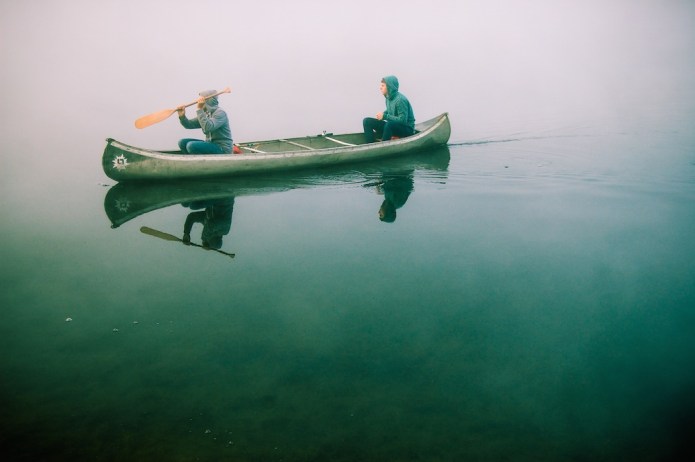 The truth be told, I just wasn’t very good at listening to his advice, even though I knew it was golden. I was carrying a lot of shame from not being able to work, especially as my Mum and Dad never, ever took days off work, and I think sinking into this pit of guilt was making me worse. I felt like I was becoming more distant from everyone and everything. Frazer was the one who told me that there was no point in trying to go back to work when I was still sick, that it’d be more difficult for both my colleagues and I in the long run. Again, I didn’t really listen to him- he doesn’t know what it’s like for me, why is he giving me advice? But it was the best thing he could’ve done.

In all honesty, I hadn’t truly accepted my illness. I hadn’t really acknowledged my past illness and thought that if I just ignored my body’s signals and intuition that I’d get better quickly. Frazer was the one who eventually (and it took a hell of a long time, believe me) convinced me that before I went and tried to teach, I had to put myself first. He was so sick of saying it to me that he stopped reminded me about it for a while, because he knew I wasn’t taking it on board. He also taught me that some things can just wait- they don’t have to be done instantly. This went for lesson preparation, housework, emailing someone, you name it. There’s nothing wrong with having fun and relaxing before doing jobs and daily tasks ( I still struggle with this sometimes to be honest- it’s an ongoing practice).

He was such a help with the cooking and supermarket shopping, but again, it took me a while to admit that I couldn’t do it all on my own. I’d been trying to do it all, ever independent, but I just couldn’t manage it any longer. I had to accept that I needed help ( and that I deserved it), actually allow him to help me and be receptive of that help.

These days, Frazer is the first one to tell me when he thinks I’m doing too much or when I sounded a bit shattered (my voice is the first thing that gives it away). These days, I can tell instantly whether I’ve been pushing myself and always take measures to relax and ask for help if I’m struggling with something. This level of self-respect hasn’t been easy, but that’s for another post.

A Few Words From Him…

When I asked Frazer about seeing me relapse and in terrible health, he said it was a very confusing time, but that he knew we’d always be together any way. He said that he found it incredibly frustrating that I wouldn’t (or couldn’t) listen to his advice and it was heartbreaking to see me dragging myself into work when I wasn’t ready and then feeling bad about myself because I had to take more time off. I think we’re just both relieved that we moved to Australia when we did- my health has absolutely rocketed since then and I know it’ll never go back to the way it was.

All-in-all, I’m just incredibly lucky to have someone who stood by me when the going got tough.

Click here for part two of this important conversation- I’d love to hear your thoughts below.

2 Responses to “Relationships and CFS – Part 1”