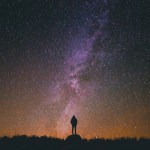 I’m sitting here on New Year’s Day in the house where I grew up in the North-East of England visiting my family. I had absolutely no intention of writing anything for a few weeks yet and for really making space for ideas to come to me after writing my book in 2015.

However, if you’ve ever written or had creative impulses in any form, which I’m guessing is pretty all of us at some point or another, you’ll know that inspiration sometimes won’t wait. 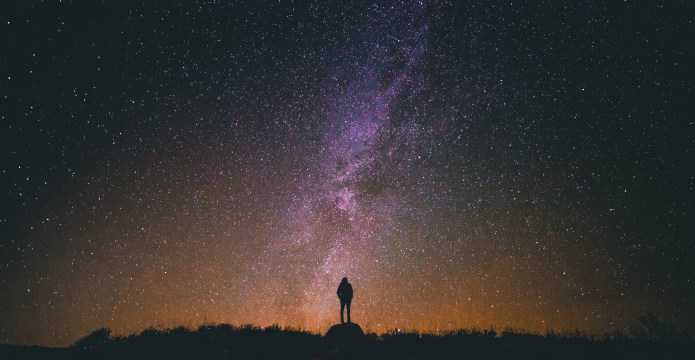 Photo by Greg Rakozy for Unsplash

Maybe We’ve Got It All Wrong About Silence

As I woke up this morning to near silence and wondering what time it was, I realised how at home and at peace I am with everything in stillness and silence.

I’ve always been one of those people who’s been at ease in my own company, but it’s only over the last few years when I’ve become totally ok with this.

As we’re growing up, we think there’s something wrong with us if we don’t want to go and party at the weekend. There’s a constant fear of missing out (the dreaded ‘FOMO’). We base our self worth on whether we’re seen to be at a party and how much fun we’re seen to be having.

We become so caught up in going after what we want and trying to fix ourselves that we miss out on all of the peace and wisdom of the ‘other’.

Instead of sitting with ourselves and just being ok with what’s happening right now (because really, it can’t be any other way), we try to involve other people, so that they can distract us and maybe, in those moment, fix us.

Hours pass by on the internet when we were only going to quickly check our emails.

Maybe this is where the magic is.

Maybe this is where all the good stuff is, that stuff that we try to fill with books, e-courses, forums and running ourselves in circles (trust me, I’m as guilty as the next person of trying to fill this void with more knowledge in the vain hope that it might make me feel more worthy as a person).

But in that space, that silence, you’re always enough.

When you just settle with what is in the moment, when no action is required by others or your monkey mind, this is where everything is. In the spaces between the words, the actions and the wants.

Maybe this is why meditation is taking off, and rightfully so, because we’re realising that there is so much potential in the white space, the blank canvas. It can be everything to us, but we’ve come to perceive it as representing emptiness, unfulfillment, loneliness.

We don’t want want to sit with ourselves like this, because we’re terrified of what we might find and we’ve convinced ourselves that it’s just too difficult. But maybe what we’ll find is better than anything we could perceive with our minds. There is unlimited potential in the white space and so much possibility, so why shouldn’t it work for us when we’re meditating as opposed to sitting with a paint box or blank document in front of us?

As we move into 2016, I encourage you to think about the possibility that maybe we’ve got it all wrong about silence. Maybe it’s the everything, rather than the nothing.

It’s not to be feared, but to be welcomed and honoured.

If you’re interested in discovering more about healing beyond reason and reframing silence, I think you’re going to love this incredible podcast from Sounds True featuring Caroline Myss. It absolutely astonished me. 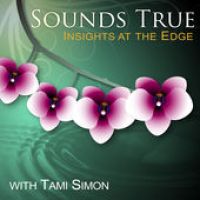